On 18 February 2022, it will be a year since the Perseverance Rover’s arrival on Mars.

This was a NASA mission searching for signs of past extra-terrestrial life on our neighbouring planet.

In search of extra-terrestrial life, thanks to the Perseverance Rover

As you can imagine, the preparations for a project as ambitious as this could leave absolutely nothing to chance. One of the points to be ascertained was whether the robot would be able to move about on the surface of Mars and send back atmospheric data without too much distortion.

In order to find out, a model of the Perseverance was trialled in the Teide National Park, and the data regarding radiation, wind, temperature, humidity and levels of dust particles it collected were compared with data from the National Park’s own accurate climate-measuring equipment.

The Perseverance’s sensors could thus be fine-tuned to ensure that the information sent back from Mars was as accurate as possible.

The extreme characteristics of the climate on Mount Teide provided the perfect environment (comparable with that of Mars) for testing the technology. After a year on the surface of Mars, the NASA Perseverance rover has demonstrated that its trialling was effective, and it has done justice to its name.

Centuries of science in the Teide National Park

It is nothing new for Mount Teide to be considered the ideal location for carrying out scientific research.

Since the seventeenth-century, its unique climate and biology have been its claim to fame, and thus provided an opportunity to support scientific advance.

In 1799, the renowned geographer Alexander von Humboldt spent a week in Tenerife en route to explore the continent of America. He did not waste the opportunity to make an ascent to the peak of Mount Teide, setting off from Puerto de La Cruz.

During his ascent, he observed how the vegetation passed through distinct changes during the climb from the coast up to the summit. It was primarily this observation that inspired him to formulate his geobotanical theory:

Humboldt was a pioneer in arguing that plants ordered themselves into communities or levels depending on the altitude, because of the differences in temperature, pressure, etc.

The quality of the night sky on Mount Teide has also made the place a magnet for scientists attracted by the praise heaped on it in travellers’ reports.

This was what happened in the case of the Scot, Charles Piazzi Smith who, in 1856, decided to spend his honeymoon travelling to the Canary Islands, not to sunbathe on the coast but to find a place to install the first telescope in the mountains of Tenerife. It was initially set up at the summit of the Guajara mountain, and later moved to a place called Altavista, at an even higher altitude, halfway up the side of Mount Teide.

The fame achieved by this and other initiatives led to the establishment of what is now the Teide Observatory in Izaña—one of the most important observatories in the world.

Teidelab: Teleférico’s commitment to research and the dissemination of the values of the Teide National Park

Perseverance’s first birthday serves as a reminder of the past, present and future contribution of the Teide National Park to science, archaeology and ecology—something which has become especially important in the study of climate change during recent years.

Teleférico del Teide has a network of meteorological stations, including some positioned at Spain’s highest altitudes, collecting data which is then made available to the scientific community.

A framework project, Teidelab, has been set up to standardise the various accords and conventions which Teleférico del Teide maintains with scientific institutions including the Canary Islands Institute of Astrophysics, the State Meteorological Agency of Spain and the University of La Laguna, among others. Teidelab aims to disseminate and promote the values of the Teide National Park through the provision of cultural and scientific content for publication.

In the following video presentation, you can see a little of the work of this fantastic projecto:

You too will feel like you’re on another planet

On your visit to the Teide National Park, you will feel as if you are exploring another planet. The diversity of volcanic forms and colours, from the pumice sands at the San José Mines, to the sharp blades of black obsidian, is all evocative of other worlds.

And when night falls, the teeming millions of stars and the Milky Way in the sky above your head, will seem like a panorama glimpsed from the window of a spacecraft.

How to visit Teide’s crater step by step

This infographic will explain everything you need to know to plan a visit to Teide’s crater. 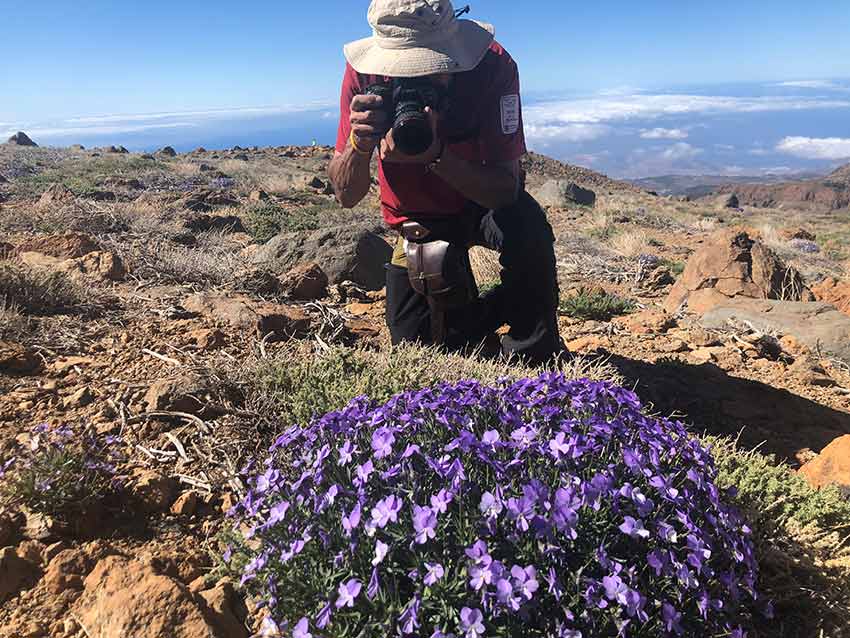 The Guajara violet is another gem found among the unique flora of Teide National Park. 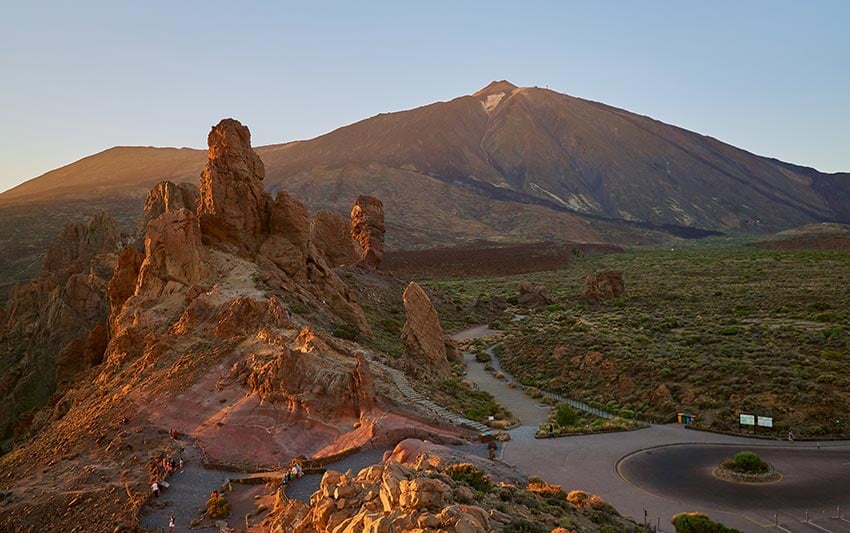